Celebrating Compatibility - 15% Off Divisimate until March 24

In this video Peter is playing a short piece using the SWAM Big Band Template. Throughout the whole performance only a single Divisimate Orchestration Preset ist used. In the left hand Peter is playing the bass line through voice 1, while in the right hand he is playing the full big band with 4 trumpets, 5 saxophones and 4 trombones in the melody range. He is only playing single notes here, but through a combination of different transposers on the instruments a full big band voicing is created.

Each instrument of the brass and saxophones has a transposer which is locked to the scale of A harmonic minor. The transpositions for the individual instruments are as follows:

When we look at the the three sections individually, we get a better idea of the relationship of the resulting voicings. Here are the resulting chords within the sections with the top note A. 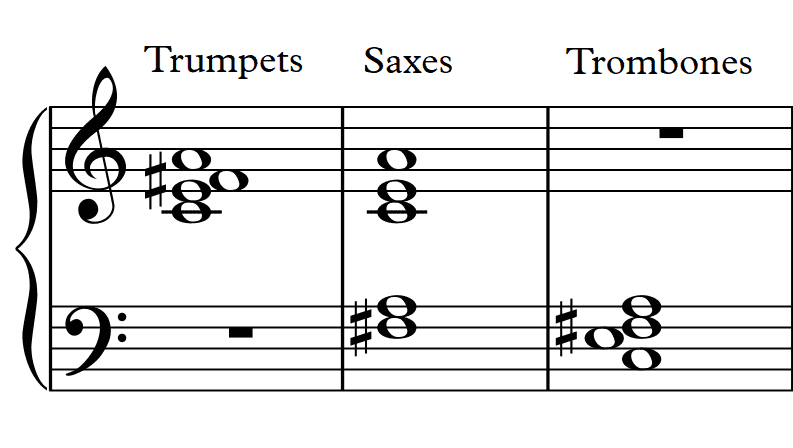 The trumpets are playing an A-6 chord as a closed voicing in first inversion, and the trombones are doubling the exact same chord one octave lower. The saxophones however are voiced slightly different.
The F# which is present in the trumpets in the close voicing is dropped down an octave into the Baritone Sax – while the Tenor Sax is additionally doubling the top voice an octave lower. Compared to a closed voicing, the second note in the chord (counting from the top) is dropped an octave here – which is why in isolation, this kind of voicing is called “Drop-2 Voicing”.
In combination with the trumpets and trombones, the saxes build a connection between the two brass instrument sections. This way the whole band blends together into one homogenous chorus.

Want to learn more about these kinds of voicings? Check out this article: 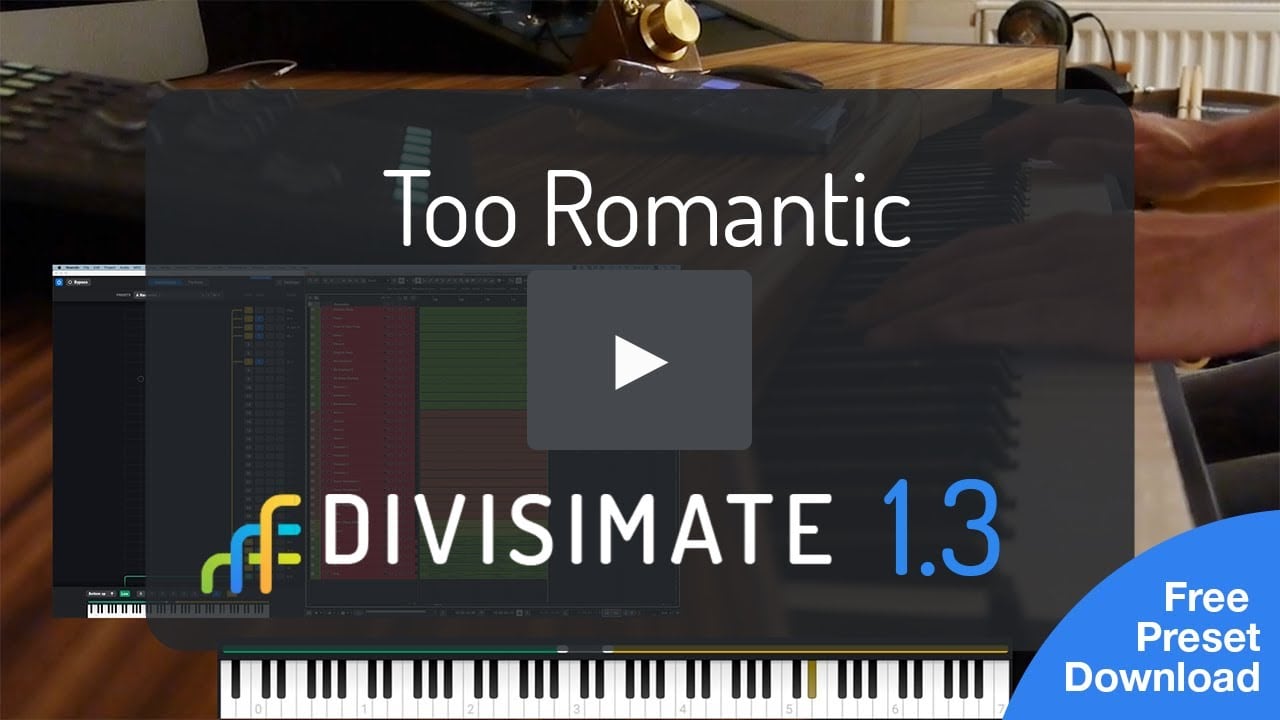 Stay up to date

Don’t miss any news! Allow us to let you know what we are up to.

By signing up to our newsletter you accept our privacy policy. You’ll have the option to opt-out of the newsletter at any time. We won’t share your data with third parties and won’t send you spam emails.

This website uses cookies to improve your experience while you navigate through the website. Out of these cookies, the cookies that are categorized as necessary are stored on your browser as they are essential for the working of basic functionalities of the website. We also use third-party cookies that help us analyze and understand how you use this website. These cookies will be stored in your browser only with your consent. You also have the option to opt-out of these cookies. But opting out of some of these cookies may have an effect on your browsing experience.
Necessary Always Enabled
Necessary cookies are absolutely essential for the website to function properly. This category only includes cookies that ensures basic functionalities and security features of the website. These cookies do not store any personal information.
Non-necessary
Any cookies that may not be particularly necessary for the website to function and is used specifically to collect user personal data via analytics, ads, other embedded contents are termed as non-necessary cookies. It is mandatory to procure user consent prior to running these cookies on your website.
SAVE & ACCEPT